Food will likely get even more expensive. What does the election mean for your grocery bill? – National 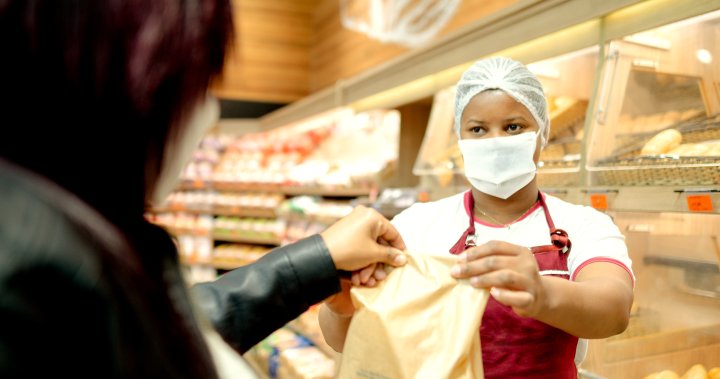 With no sign of letup from soaring inflation, rising food prices could become the quintessential bread-and-butter issue in Canada’s federal election, experts warn.

The country’s annual inflation rate surged to a 10-year high of 3.7 per cent in July, the fourth consecutive month of year-over-year increases above three per cent.

And while gasoline prices and shelter costs have been driving much of the recent increases, pricier groceries and restaurant meals have also been pinching Canadians’ wallets.

From General Mills to Chipolte, both food manufacturers and restaurant chains have been announcing price increases as they grapple with higher costs for transportation and agricultural commodities like wheat and corn. Restaurants, in particular, have also been struggling with crippling labour shortages that are adding pressure to their bottom lines.

Concerns around affordability are consistently polling among Canadian voters’ top three concerns, he says. While housing and gasoline costs feature prominently among those worries, “food is definitely in there,” he says.

“A whole bunch of things have become more expensive for people. Basic things that we normally would have thought were affordable are now becoming less affordable,” he adds.

1:53
Buyer beware: “Shrinkflation” can be hard to spot

Climbing food prices are becoming a political issue around the world. In July, the global food price index of the Food and Agriculture Organization (FAO) of the United Nations stood more than 30 per cent higher than it was during the same month in 2020.

The increase has prompted some governments to try to curb kitchen-table inflation, with Russia and Argentina, for example, curbing their own exports of wheat and meat, respectively.

In Canada, the question of rising food prices is also becoming increasingly intertwined with the issue of climate change.

The fires and draught that have ravaged North America’s western regions this summer could translate into sticker shock for Canadians at restaurants and groceries stores this fall, warns Michael von Massow of the Department of Food, Agricultural and Resource Economics at the University of Guelph.

As cattle ranchers in Western Canada are forced to reduce the size of their livestock, meat prices could spike, von Massow says.

“The last time, in 2013 and 2014, that we saw a significant drought in the western area of North America, we saw beef prices go up in the neighborhood of 25 per cent,” he says.

Produce could also become significantly more expensive if dry conditions start to affect agricultural outputs in areas like California and Arizona, from which Canada imports its fruit and vegetables once the domestic growing season is over, von Massow says.

“The drought and sort of these extreme weather conditions that arise due to climate change will continue to wreak havoc on food prices,” he says.

That puts food prices at the intersection of two issues that are top-of-mind for much of Canada’s electorate, says Bricker.

“Climate change was at the top of voter issues in the last election campaign,” he says.

While climate concerns were overshadowed for a while by the COVID-19 pandemic, climate change has quickly re-emerged as a priority for Canadians as worries about the health emergency started to recede in the spring and through the summer, he adds.

Those concerns then rose even more rapidly as wildfires and heat waves started to affect Western Canada, Bricker notes.

3:08
The devastation and heartbreak of the White Rock Lake fire

The devastation and heartbreak of the White Rock Lake fire


The election and food prices

Food prices have earned a mention in the Conservatives’ 2021 election platform. The party has vowed to ensure lower prices for Canadians through steeper penalties for price-fixing and introducing a code of conduct “to protect suppliers and to promote grocery competition.”

Conservative leader Erin O’Toole is also planning to provide a 50-per-cent rebate for one month for Canadians dining out on a Monday, Tuesday or Wednesday, a measure his party says will pump nearly $1 billion into the restaurant sector.

Still, Bricker says it’s the New Democrats that could benefit the most politically from growing worries about table-kitchen issues.

“The NDP tends to do better than any other party on that issue,” he says. “If this issue goes up, look for NDP support to start to go up.”

On the other hand, the Liberal Party, which usually polls in second place on questions of affordability, is “particularly vulnerable” on the matter in this election, Bricker says.

“They’ve got six years that they have to account for,” he says.

The Liberals, Greens and the Bloc Québécois have yet to publish a platform for the current election.