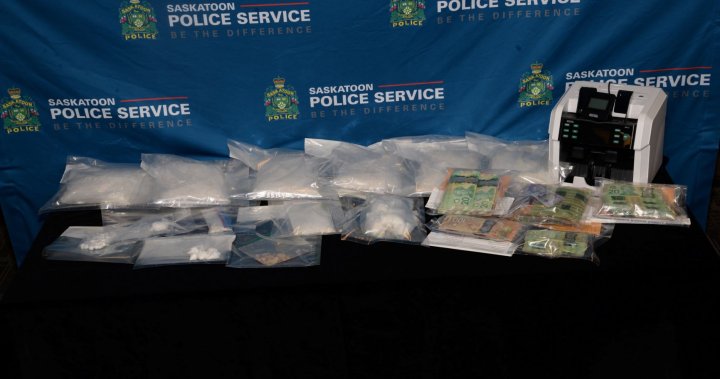 A two-thirty day period-very long investigation by the Saskatoon police drug device has resulted in the seizure of in excess of six kilograms of meth and two men and women in custody.

The searches were carried out at residences in the 300 block of Birch Crescent and the 200 and 500 blocks of 5th Avenue North.

Law enforcement explained they seized a overall of 6158.3 grams of methamphetamine, 339.8 grams of powdered cocaine, 5.2 grams of psilocybin and .3 grams of fentanyl.

“The concept will have to be obvious, businesses dependable for the importation, manufacture and distribution of illicit prescription drugs in Saskatoon are responsible for an overpowering proportion of hurt in just our community. The drug trade is intrinsically linked to guns, violence and victimization,” Supt. Patrick Nogier mentioned in a release.

“The Saskatoon Law enforcement Provider will carry on to target on corporations benefiting from unlawful routines as they pertain to the drug trade in Saskatoon.”

A 42-year-previous man is dealing with a range of prices, including possession for the reason of trafficking, carrying a hid weapon and possession of the proceeds of criminal offense.

A 27-year-previous female is billed with drug trafficking, possession for the function of trafficking and possession of proceeds of criminal offense.