US coronavirus: 2 Texas ERs temporarily shut down as US Covid-19 hospitalization and death rates double in 2 weeks 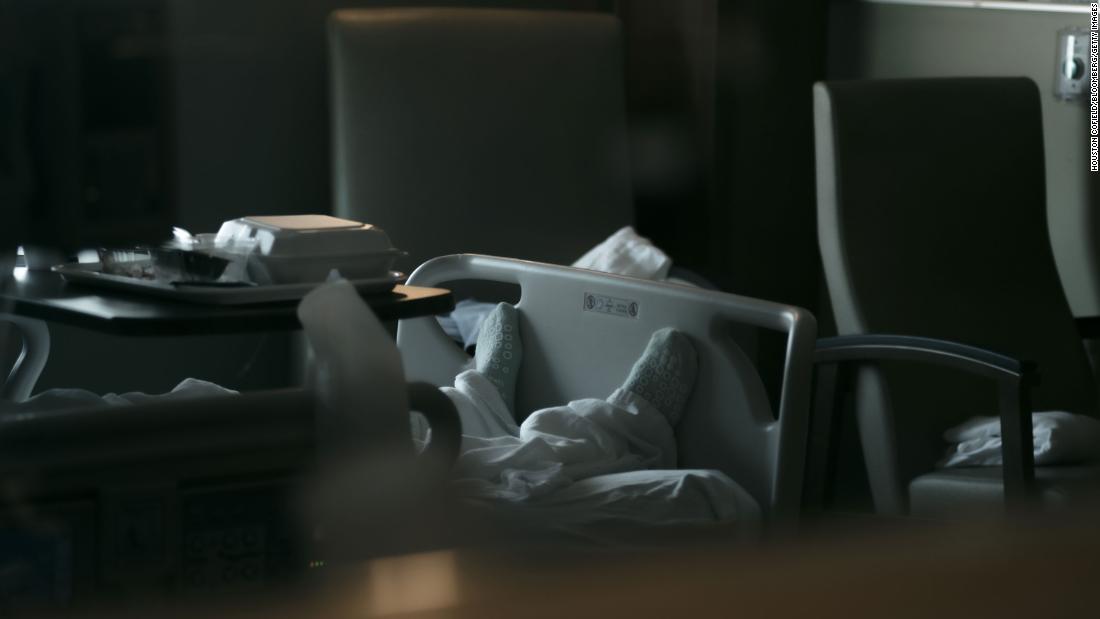 The crush of patients infected with the Delta variant is affecting hospitals nationwide. Now some Texans trying to get care at their nearest emergency room will have to go elsewhere.

Hunt Regional Medical Center at Commerce said its ER is temporarily closing “due to a critical Covid surge.”

Those suffering a medical emergency should “proceed to the nearest emergency room in Greenville or Quinlan,” the hospital said.

Texas Health Hospital in Rockwall said in its temporary ER closure would allow medical staff to transfer to the hospital’s main campus, where they “will provide care related to the pandemic,” according to the hospital’s website.

The US is now averaging more than 108,000 Covid-19 cases per day over the past week – the highest in about six months, according to data from Johns Hopkins University.

Rates of hospitalizations and deaths have almost doubled in the past two weeks. More than 67,000 people are hospitalized with Covid-19, according to data from the Department of Health and Human Services.

In Alabama, Arkansas, Louisiana and Mississippi, hospitalization rates are more than double the national number.

Arkansas Gov. Asa Hutchinson said Monday that hospitalizations for Covid-19 are at an all-time high and there are only eight available intensive care unit beds in the state.

And every day, about 514 Americans are dying from Covid-19, according to Johns Hopkins.

The vast majority of Covid-19 hospitalizations and deaths are among those not fully vaccinated, according to the Centers for Disease Control and Prevention.

More than 99.99% of people who are fully vaccinated against Covid-19 have not had a breakthrough case resulting in hospitalization or death, a CNN analysis of new CDC data suggests.

About 74% of reported breakthrough infections were among seniors ages 65 or older, according to the CDC.

With all the data and knowledge, ‘You’re taking a hell of a risk if you’re not vaccinated,” West Virginia Gov. Jim Justice said Monday.

“I don’t know why in the world we would not run … to get our kids vaccinated,” the governor said, referring to those ages 12 and older, the youngest age group eligible for the vaccine.

“And I don’t know why in the world if you’re not vaccinated yourself, you wouldn’t be running today, right this moment, to get vaccinated with all this information that’s out there in front of you.”

Justice said he doesn’t want to issue a mask mandate, but might have to do so if the crisis gets worse.

“We’re on a collision course here,” the Republican governor said.

“I am telling you as your governor, as your friend, as the person that you really trusted: Right now, you need to put this as a No. 1 priority in your life and run to the fire and get vaccinated.”

More than 98% of the US population lives in a county where people should now be wearing a mask in indoor public places, according to guidance from the CDC.

Those in counties with “high” or “substantial” coronavirus transmission should mask up indoors, the CDC said.

“In early July, we were down to the lowest we’ve been since the beginning (of the pandemic),” he said.

“Now, just within a couple of weeks, we are getting close to the maximum number of cases we’ve had from the beginning.”

Of those getting hospitalized, more than 90% are not vaccinated – mirroring national statistics from the CDC.

“But we’re also seeing younger patients than we have seen in the past,” Sweat said.

“I believe this is largely because vaccination rates were quite high among people 60 and over. But we are seeing many teens. We’re seeing some pediatric cases. So it is shifting from what we’ve seen before.”

The longer a virus spreads and replicates among unvaccinated people, the more chances it has to mutate.

And when mutations give the virus an advantage, more aggressive variants can emerge – such as ones that could evade vaccines.

If an overwhelming majority of the population is vaccinated, the virus will disappear in the country, said the director of the National Institute of Allergy and Infectious Diseases.

But having only a partially vaccinated population means smoldering levels of infection will carry into the fall, Fauci told USA Today. Then Covid-19 infections could be confused with the flu this winter and pick back up in the spring.

And if the rest of the world isn’t vaccinated over the next couple of years, more circulation could mean more variants, Fauci warned.

In many parts of the country, particularly the South, hospitalizations are surging. Louisiana set a new record for Covid-19 hospitalizations last week. Florida’s hospitalizations recently jumped 13% over the previous peak in 2020. And a hospital in Houston said Sunday morning there are no more beds left in the facility.

“Over the last 12 hours, we have lost more patients than … in the last five to six weeks,” Houston’s United Memorial Medical Center Chief of Staff Dr. Joseph Varon said.

While some have questioned the risk of the emerging Lambda (C.37) variant, researchers aren’t yet seriously concerned about current vaccines not working against the Lambda nor Delta variants, Dr. Francis Collins, director of the National Institutes of Health, told ABC on Sunday.

“We all worry about the day when a variant arrives that the vaccines stop working as well,” Collins said. “The best way to reduce that from happening is to reduce the number of infections. That’s how variants happen.

“All the more reason why we should be doing everything possible to cut back the wild spread of Delta so we don’t get something even more dangerous.”

But public health officials are watching vaccine efficacy closely, including how protection might wane over time, Fauci told CNN.

Pfizer has said its Covid-19 vaccine appears to stay 84% effective after six months.

Concerns over vaccine protection are different for people who are immunocompromised, have had a transplant or are undergoing cancer therapy.

“We need to look at them in a different light than the durability for a normal person, which means that we will almost certainly be boosting those people before we boost the general population that’s been vaccinated.”

Research published in JAMA Network Open estimates that 6 million people in the US are taking immunosuppressants that could interfere with the vaccine – a number the researchers say is likely an underestimate.

The FDA is moving quickly to decide on Covid-19 vaccine boosters for people with compromised immune systems, and a decision could come sometime before early September, a Biden administration official told CNN.

Even if the decision comes soon, it may not be soon enough for people who are immunocompromised amid the spread of the Delta variant, according to Dr. Scott Gottlieb, former commissioner of the FDA.

“Because by the time you actually make that decision … and you start operationalizing a booster campaign, you’re talking about maybe late October if the decision comes in September, that you can start getting a sizeable number of people boosted,” Gottlieb told CBS on Sunday.

“It takes time to get that stood up and get people into the doctors’ offices to get injections. And it will take a couple of weeks for the immunity to mature.”